(Sorry for out-of-order.  I guess I’m that sleep deprived.)

I was face down on the ground when I awoke.  I felt a warm weight pressing on my ribcage and it was …. vibrating?  I lifted my head to try to see what was pressing on my back, making it difficult to breathe, but when I did that whatever it was stood up and apparently stretched….digging 18 claws into me.  I wriggled underneath the animal and knocked it off me, then stood to see what it was.

“Mrowr?”  I heard.  At my feet was the most disheveled cat you can imagine.  ”Mrowr? Purr-purr-purr,” she said as she rubbed up against me.  I noticed her tuxedo coat was matted against her body, I could see teeth marks and a small tear in her left ear, one eye was larger than the other, and her little bobbed tail had been broken in several places.

I bent to scratch her behind the ears and she purred louder, moving her head to tell me where she wanted to be petted.  It seemed her favorite spots were right on the ridge of her little nose and just under her chin.

“What were you doing sleeping on top of me, huh?”

“Well I have to go find somebody, little kitty, maybe I’ll see you again soon?”

I scratched behind her ear once more, got my bearings on where I was and headed towards the city to find out if there were other attacks like the market and to attempt to learn the control Athena had taught me, but most importantly: I had to find Reena.

I walked toward the city, trying to find a deer to practice on before I got there.  After walking a few feet, I realized the cat was right on my heels.

“Oh you want to come with me?”

“Well alright little one, but be quiet while I try to find a little snack.”

The kitty stayed right by my side while I hunted and fed, just as quiet a she could be.  When the deer ran off after I let it go, she looked at me cock-eyed, “Mrowr?”

“Yes, Kitty, you can talk now.  If we’re going to be friends, maybe we should come up with a name for you.”

“Hmm, how about Truth?  Because you came along after I discovered the truth about what I am.”

She purred a little louder, rubbed against my legs and swished her tail.  ”Okay, Truth it is!  Off we go, Truth.”

Truth and I headed toward the city.  I needed to find out about my market victims and I hoped Reena might be there looking for me.  When we arrived, the market was open.  Folks were coming and going as though nothing had changed.  It appeared to be business as usual.  As I got closer, I heard a few people talking about a ‘massacre’.  I knew they must be talking about what I’d done, so I used my sensitive hearing to hone in on those discussing the tragedy and, well to put it bluntly, I eavesdropped.

“They’re still setting off funeral pyres, you can see the smoke from here.”

“I imagine it’s taking a while, what with so many bodies.  Each one takes hours to build and there are so many families to gather.”

“Has anyone figured out yet what happened?”

“Nobody really remembers.  Those who remember anything only remember hearing a whirring sound, like a fast wind, and they ran to the market to see what the noise was.  Everyone was there when they got there and nothing was ever found that could have made the sounds they heard.”

“And what about those others?  There still seem to be more dying every day.  But nothing like the market, just one person every other night, but they all die the same way. Have we come upon a plague?  What is happening to everyone?

“I don’t know, but let’s hope nothing happens to us.”

“Definitely.  I don’t want to lose you.”

Others.  There were others.  Finding Reena would regrettably have to wait.  First I needed to find my progeny: the ones like me whom I had created.  I had to teach them how to control their hunger. I didn’t want to be responsible for more people dying. 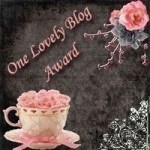